Could not retrieve the oEmbed resource.

"Human Revolution takes place in the year 2027, 25 years prior to the original Deus Ex. The Deus Ex series is set in a cyberpunk future rife with secret organizations and conspiracies: among these forces is the Illuminati. Leading up to Human Revolution, there have been marked improvements in human society, with people actively combating global warming, finding cures for a large variety of diseases, and improving green energy. Alongside this, global megacorporations have come to eclipse government authority in power and influence, while private military forces dwarf the sanctioned armies of First World countries. Advances in biotechnology and cybernetics have led to the development of 'augmentations', advanced artificial organs capable of greatly improving and enhancing the human body's performance. The development of augmentation technology has triggered the creation of a new social divide: those with augmentations become the world's new upper class citizenry and are touted as the future of humanity, while normal humans form the majority of the lower-class population. Augmentations also come with the necessity of taking Neuropozyne, a limited and expensive immunosuppressive drug that stops the body rejecting the technology. By the events of Human Revolution, society is being divided between 'augs', humans who have accepted augmentation technology; and normal humans who are either morally opposed to it, too poor to afford it, or whose bodies actively reject it. The tensions between the two factions begin generating open conflict."Deus Ex: Human Revolution's Wikipedia page, accessed February 13, 2020 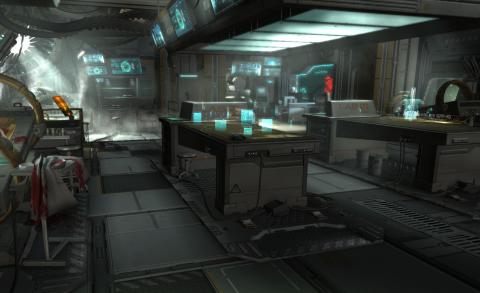